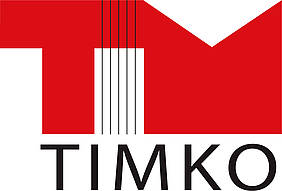 The IBIS clinic in Warsaw is dedicated to all aspects of women’s health, and is part of the large multi-site hospital “ECZ”, the European Healthcare Center in Otwock. ECZ is recognized as one of the most modern hospitals in the Warsaw area. IMAGE Information System’s local sales partner, TIMKO, provides radiology software services to both the IBIS clinic and ECZ.

After a new digital mammo unit was installed at IBIS, TIMKO decided to offer a new PACS system dedicated to that site. As the clinic is very well located and the radiologists enjoy working there, TIMKO proposed building a multi-site PACS system to receive medical images from other clinics located around Warsaw. This way, mammographies, Ultrasound or classic x-ray images could be collected in one system using a teleradiology network.

IMAGE’s iQ-SYSTEM PACS turned out to be the ideal solution for ECZ! While iQ-WEBX is responsible for storing all study data and providing IBIS radiologists with data access at any time, iQ-ROUTER adds a layer of security and speed for transferring medical data over the internet. Furthermore, iQ-VIEW PRO workstations are used by the doctors in their daily routine, while DICOMReader conveniently imports studies from patient media to iQ-WEBX.

The IBIS clinic is currently using Hologic mammo workstations which are fully compatible with iQ-SYSTEM PACS. In the future, iQ-MAMMO may be used as the tomosynthesis reading option instead since it has already been successfully tested.

After finishing the iQ-SYSTEM PACS implementation, TIMKO started working on a RIS solution for the IBIS clinic as well. They installed IMAGE’s iQ-RIS which is now used for patient registration as well as for worklist capabilities to transfer all data reliably to the mammo unit.

As the clinic’s mammo system is used to carry out a national screening program, the Polish National Health Fund is collecting important patient information in a dedicated database called SIMP. Together with the IMAGE team, TIMKO began developing an interface between SIMP and iQ-RIS. “SIMP WORKLIST,” as this special solution is called, has received promising results thus far. Once this product is complete, it will be the only solution of its kind in Poland.

Mariusz Rogalinski, Sales Director at TIMKO, sums it up as follows: “We find the iQ-SYSTEM PACS product line very easy to install and maintain. The software is stable, reliable and very useful in daily work. We are going to add additional solutions from IMAGE in the future.”